Apple pies may symbolize purity, health, and clean living to many, but nothing complements the forbidden fruit better than adding a cup of good bourbon to the mix. The pie won't taste of the liquor after you've cooked it into the apples, but its contribution is diabolically rich. Serve this traditional dessert with a pitcher of clotted cream, and even the preacher will pretend not to notice.

To make the pastry, stir together the flour and salt in a bowl. Add half each of the shortening and butter and cut in with a pastry blender until the mixture is the consistency of coarse meal. Then add the remaining butter and shortening and cut in until pea-sized particles form. Add the ice water, 1 tablespoon at a time, tossing and turning the mixture lightly with a fork to moisten the dough evenly. Use only as much water as is necessary for the dough to come together. Gently gather the dough into a ball, divide in half, and flatten each half into a thick disk. Wrap separately in plastic wrap and chill for about 1 hour.

To make the filling, place the apple slices in a large bowl. Sprinkle evenly with the sugar, cinnamon, nutmeg, and ginger, and stir and toss with 1 or 2 large spoons to coat the slices evenly.

To assemble and bake the pie, place 1 dough disk on a lightly floured work surface and roll out into an 11-inch round about 1/8 inch thick. Drape the round around the rolling pin and transfer to a 10-inch pie pan, gently easing it into the bottom and sides. Trim the overhang so it extends about 1 inch beyond the rim of the pan, then fold the edges under. Roll out the remaining dough disk in the same manner for the top crust.

Spoon the filling evenly into the pie shell. Drape the second pastry round around the rolling pin and let it fall gently over the filling. Trim the overhang so it extends about 1/2 inch beyond the rim of the pie pan, fold the edge under, and flute attractively. Cut a few small vents in the top, then sprinkle the surface evenly with the sugar.

Bake for 10 minutes. Decrease the heat to 350°F (175°C) and continue to bake for about 50 minutes longer, or until the pastry is golden. Transfer to a wire rack to cool. Serve warm. 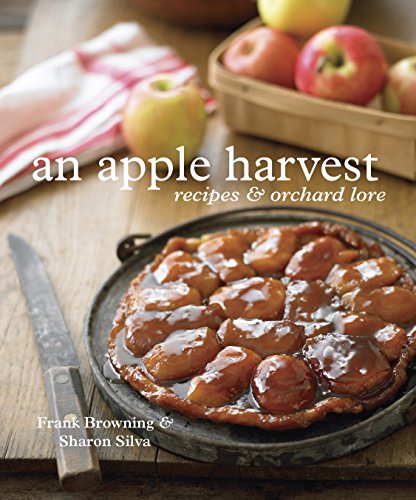