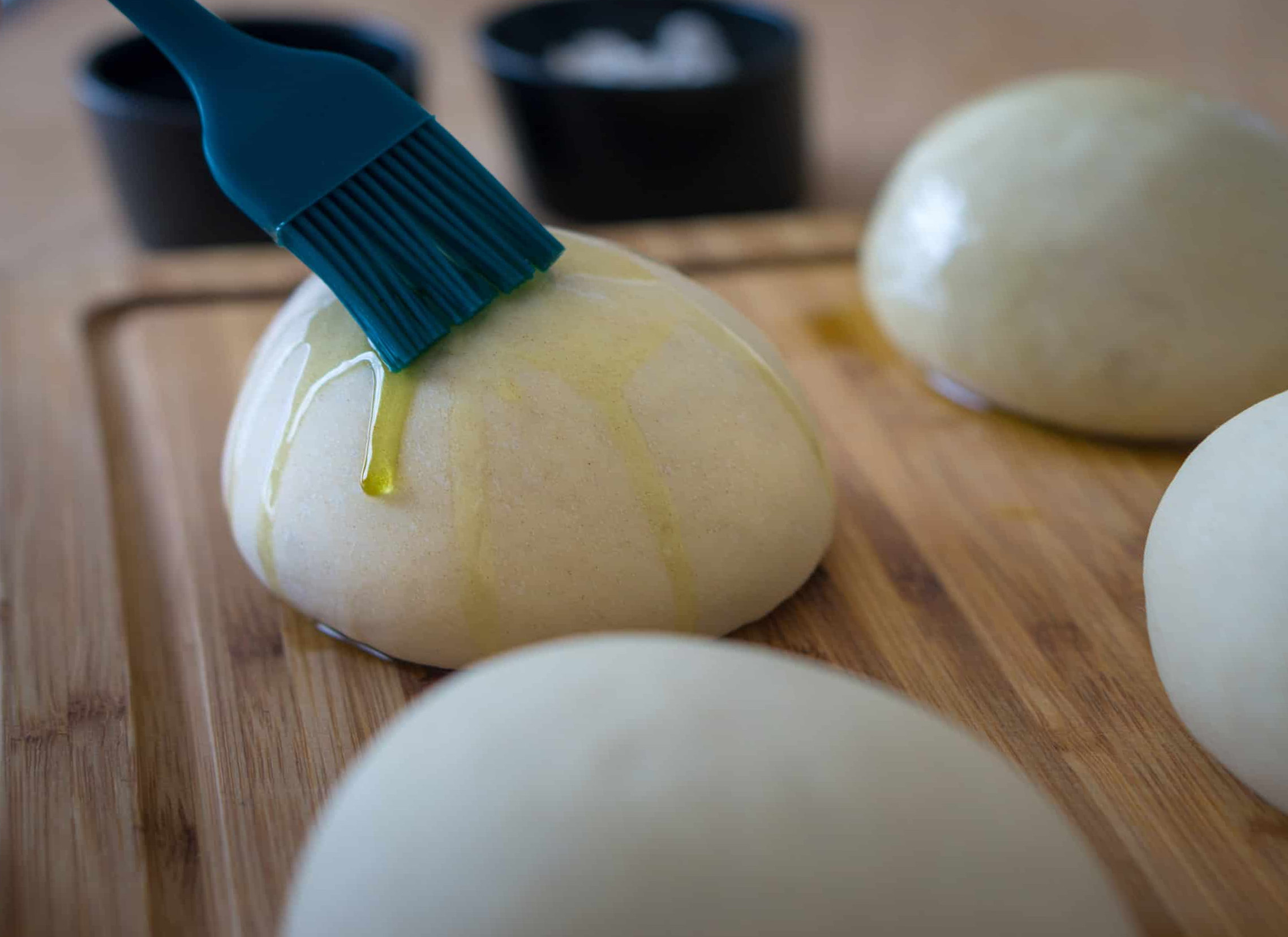 The following recipe produces a thin, golden California-style pizza crust. Parmesan cheese mixed into the dough adds an extra dimension of flavor, and olive oil contributes to its crispness.

In a small bowl, dissolve the yeast and 1 teaspoon of the sugar in 1/2 cup of the lukewarm water. Let it sit until it just begins to foam, 3 to 5 minutes.

Put the flour, Parmesan, salt, and remaining sugar in a food processor fitted with the metal blade. Turning the machine on and off rapidly, pulse several times to blend them. With the machine running, pour in the yeast mixture and oil through the feed tube. Then gradually add enough of the remaining water to form a smooth dough. Continue processing until the dough forms a ball that rides around the work bowl on the blade; the dough at this point will be sufficiently kneaded.

For mixing dough by hand, stir together the dry ingredients in a large bowl and make a well in the center. Add the liquid ingredients and gradually stir from the center outward. When the ingredients are well combined, remove the dough from the bowl and knead it vigorously on a floured work surface for 5 to 7 minutes or until it is smooth and elastic.

Transfer the dough to a large bowl that has been oiled or coated with nonstick spray. Cover the bowl with a damp kitchen towel and let the dough rise for 30 to 45 minutes or until it has doubled in bulk. If it is more convenient, you can let the dough rise in the refrigerator for several hours instead.

Remove the dough from the bowl and cut it into four equal portions weighing about 6 ounces each, one per pizza. The dough is ready to shape and bake.

To freeze the dough, wrap each ball securely in plastic wrap and place in the freezer. The dough will keep well for several weeks. Defrost it at room temperature for 2 to 3 hours, or all day in the refrigerator, before making the pizzas.