Can Cream of Tartar Thicken Soups?

Can you use cream of tartar to thicken homemade soups? How would you use it and how much?

You're a little surprised, perhaps, that one of our answers on How to Thicken Soups doesn't include cream of tartar as a prime option? Realistically, most any powder can be used to thicken a soup – flour, cornstarch, confectioner's sugar, Tang, dust*, etc. Each introduces dry particles that raise the proportion of solids in the soup, making it less liquid. And honestly, the soup doesn't care what solid material you add.

Your palate does, however. Cream of tartar has a mildly sour, acidic taste. We can't think of a soup that would benefit from the addition of enough cream of tartar to also provide a useful amount of thickening.

People generally add a starch-based powder when they use a powder to thicken a soup – flour, potato starch, cornstarch, arrowroot, tapioca, etc. These powders not only thicken the soup by their nature as solids, the starches in them dissolve in a process called gelation, and form networks of physical bonds that trap the free liquid in soft gels. This process has been used for centuries to make sauces, gravies, thickened soups, and thickened pie fillings.

Seed-based starches (flour, corn flour, and (rarely) rice flour) need relatively high heat to gelate, produce cloudy or opaque mixtures, and have distinctive tastes that are often partially cooked out before they are added to soups and sauces (e.g., butter and flour are cooked together in a roux for a couple of minutes to drive away the raw-flour taste). Root- or tuber-based starches (arrowroot, tapioca, potato starch) work at somewhat lower temperatures, produce clearer mixtures, and do not have the grainy or cereal taste that calls for precooking.

Cream of tartar is relatively limited in its uses, at least in the home kitchen – primarily stabilizing beaten egg whites and making candies smoother. Some of our readers are assiduously looking for other applications for cream of tartar, but – and we truly hate to disappoint you – thickening soups is not one.

For that matter, since acids contribute to the breakdown of starch-thickened soups, adding cream of tartar would actually thin your soup if there were already some starch bonds helping thicken it.

*We believe so strongly that our lawyers are going to ask us to add a disclaimer that you should not use dust (or Tang or confectioner's sugar) to thicken your soups, that we will just mention it now and be done with it…. 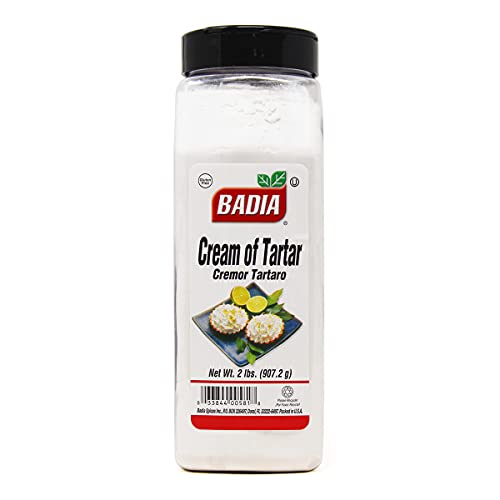