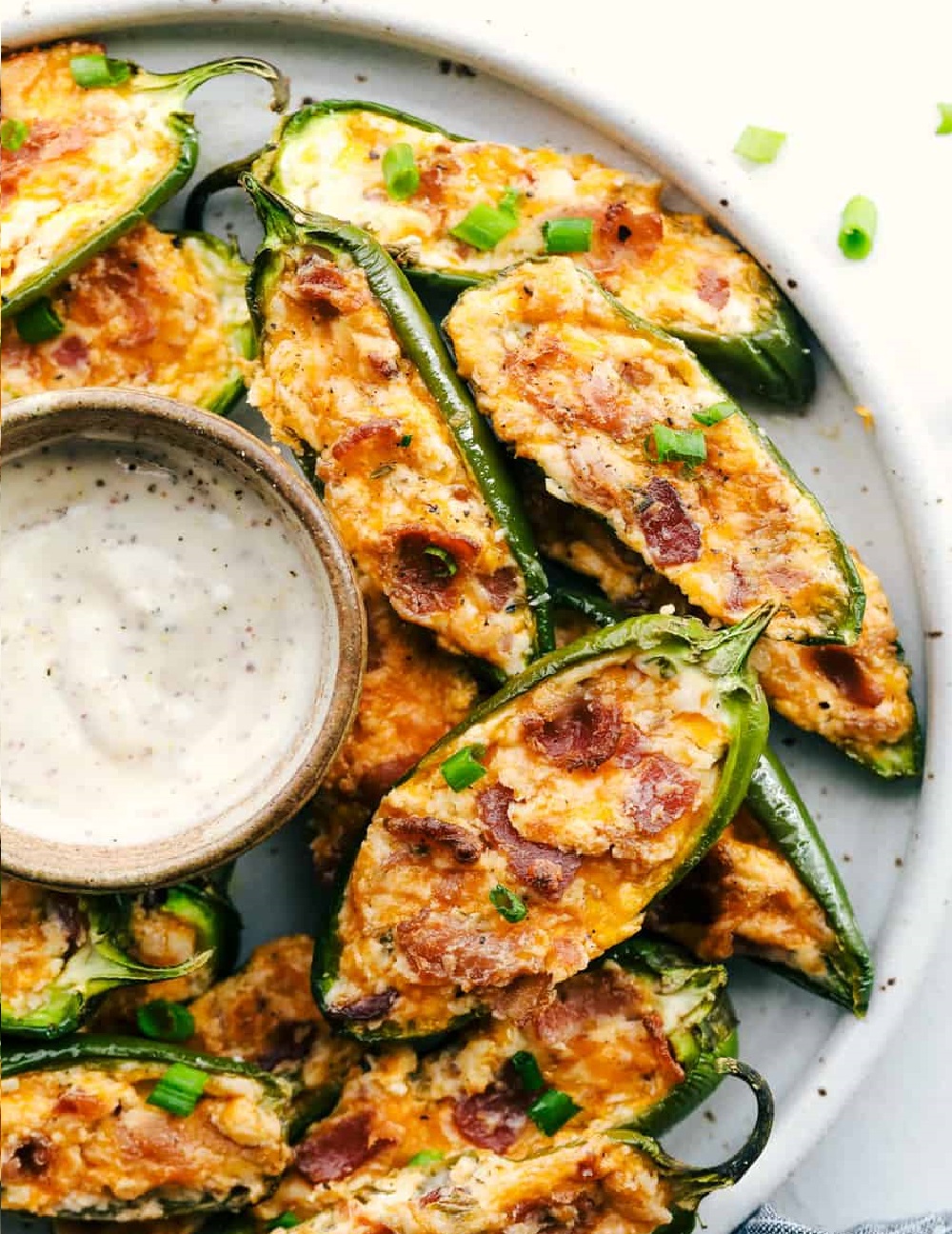 Place peppers in a bowl and add scalding water to cover. Let stand 30 minutes to 1 hour until softened. Leave the stems on and slit down one side removing and discarding all the seeds. Place one slice of cheese inside each pepper, and dust with flour. Heat the oil. Beat the egg yolks until thick and lemon colored. Beat the whites until they stand in peaks. Fold the yolks into the whites and dip each pepper in the egg mixture until well coated. Heat the oil in a frying pan and fry the peppers until browned on all sides.

There are lots of variations. You can mix a mild shredded cheese with cream cheese and chopped fresh cilantro for the stuffing. Some recipes call for coating the peppers in crushed corn flakes and baking them in the oven. Another option is to wrap the jalapeño halves with bacon slices, secure them with a toothpick, and broil, turning them frequently enough so that the bacon cooks all around.

In other words, jalapeño poppers can be pretty much whatever you want them to be....