What is a Lobster Press?

A few months ago, while watching PBS, I saw a chef place a lobster into what appeared to be a very large press of some sort. He then tightened a wheel on the top of the press and a basin caught the resulting juices. I don't know the name of this dish/process, nor was I able to find a recipe. Could you please help me solve this puzzle? If possible, I would also like to know where the presses are manufactured and where I could purchase one.

If there’s one thing we think we know about, it’s lobster. Having said that, we have no idea what you’re talking about. Well, not much idea, anyway.

We think the torture device you’re referring to is a "duck press," a grand device (often silver or brass plated) for squeezing the juices out of a duck carcass once the breasts and legs have been removed. While the meat is cooking, the carcass is pressed and the resulting juices used to make a flavorful sauce. This classic Canneton Rouennais à la Presse (Rouen-style Pressed Duck) made for great show, but is rarely found today.

We asked the folks at the Maine Lobster Promotion Council if they are familiar with any recipes calling for pressed lobster, and they also drew a blank. Of course, with so many chefs, so many foods, so much equipment, and even so many cooking programs on TV, it was only a matter of time, we suppose, before someone jammed a lobster in a duck press and said "voilà." Which chef, which show, and which recipe sadly remains a mystery.

It is common to toss the lobster shells into a pot to make a lobster stock for a bisque, stew, or sauce - but only after you've removed the meat. Once simmered sufficiently, everything in the pan is dumped into a strainer and often shaken and pressed to squeeze out all the stock for finding a duck press? We turned up garlic presses, tomato presses, cookie presses, lemon and lime presses.

We found a reference to a duck press in The Well-Tooled Kitchen, an out-of-print book by the late founder of Bridge Kitchenware in New York City, but did not find a press available at the company now. We also checked out eBay and came up empty-handed. 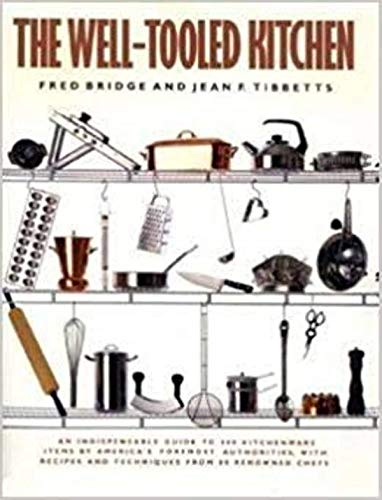 Finally, near despair, we turned up a beautiful polished brass duck press made by the French company Matfer (well-known here for its lovely, not-inexpensive mandolines) - and available online at Amazon for an affordable price. At a price like that, your lobsters - no matter how many you buy - will seem like a bargain! 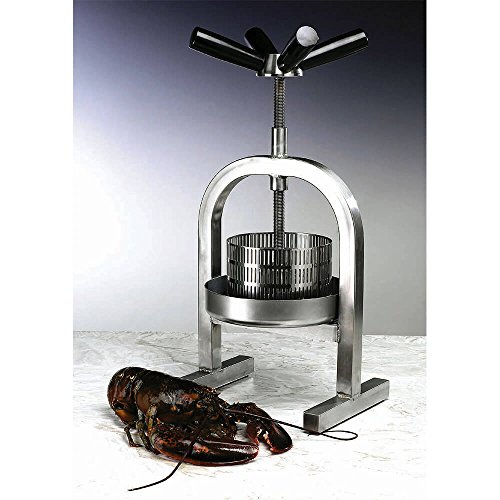